In February 1980, a hard-wire processor was designed and made by a group of students that was later deployed by the electronic laboratory of Melli University (currently Shahid Beheshti University). This led to the formation of a group called “Grooh-e-Hamahang” which can be considered as a start point for Pooya Co. The group later courageously designed and made a multi-purpose Micro-programmed computer named as “Pooya-1” that received the top prize of Iran High Council of Informatics in the field. 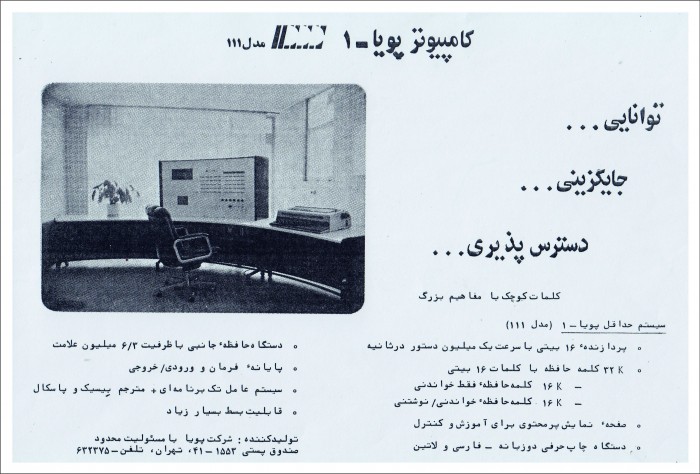 On 21st of November 1982, the project of Iran Plan and Budget Organization for extracting ground resources data by satellite caused “Grooh-e-Hamahang” to experience changing into Pooya Co. Ltd. In this project a satellite was supposed to take photographs from the country territory on certain period of times and transmit the data to a receiver in Karaj Mardabad. The data needed process and geometric & radiometric errors correction; the outcomes could be then used by the users. The most complicated part of the project was implemented and later conducted by Pooya.

Pooya then designed and developed a production application system for a big industrial company of those days, called “Center of Provision and Distribution of Construction Metals”.

The first banking project experience of Pooya traces back to 1986. It was the design and development of computerized systems of Bank Mellat branches for all the banking affairs based on local currency. The system was operated in the bank till 2001. This successful experience led Pooya toward more highlighted presence in banks and banking systems.

In 1993, Pooya designed and developed its International Banking System, under UNIX operating system for bank Saderat. This system was later substituted with updated versions and is still being used in the bank. Considering the lack of a system in this field of banking business that could meet local requirements, Pooya re-designed the system and developed it as an application system under Windows for bank Mellat international affairs department, in 2001. It got implemented and commissioned in the bank headquarters and branches that deal with foreign affairs and is still in use.

To provide the clients with total solutions and ensure them of receiving ongoing service – in addition to software activities – Pooya started offering computer and especial hardware and supporting them at its hardware division.

In 2000, Pooya participated in the sixth Electronic and Computer Exhibition and set up a stand called “City of Smart Cards” and for the first time in the country introduced the smart card and its applications to invitees and the Iranian IT society. Pooya exhibited a variety of smart card applications all in one card. The card would act as a debit card, petrol card, especial drugs ration card, autobahn toll card, and lots more. In this respect, Pooya designed and manufactured the required card reader as well. Also as an alternative for installment paper notebooks, Pooya deployed the smart card in its comprehensive mortgage system, designed and developed for bank Maskan. This played a significant role in the system.

UPS or Uninterruptable Power Supply has always been one of the necessary requirements of computer centers. It protects computer devices from sudden power failure and damaging electric waves like Surge, Spike and Sag. In the early 90s, this need had reached its peak in Iran. Our approach has been to provide clients with total solutions. Therefore we designed and made an outstanding sine wave UPS that favorably met typical needs of computer centers. In 1999, Pooya established a manufacturing plant in the city of Shariraz and started a mass production of the UPS, which sold hundreds to bank Saderat and Iran Telecommunication Company. This activity continued in the form of a separate sister company.

Following the smart card project, PLC or Power Line Carrier technique attracted our R&D team. PLC makes it possible to transmit data through power line. Using this technique, we designed and produced a set of hardware equipment and a software system – known as AMR or Automatic Meter Reading system – that could remotely read power meters of a city via the power grid. We could favorably read some meters installed in Falavarjan – a city in the Esfahan province, in Emirates Alain and a city in Canada Ontario, all from our Tehran office. Despite the fact that the solution was highly appreciated, it didn’t go to mass production due to the technology trend toward wireless telecommunication that was a cheaper alternative solution.

Years of being present in the banking IT sector, gave us a deep understanding and expertise dominance over their business. Knowing the business and its sensitivity were powerful tools in our hand in entering banking tenders and offering innovative solutions for their daily problems.

The Pooya mortgage system, running on cash deposit machine that was designed, deployed, implemented and commissioned for the first time in the country in bank Maskan in 2005 is another example of our innovations. In this system, the traditional paper notebooks of installment were replaced with smart cards. Back in the days, some ATMs accepted cash in an envelope and the envelops were processed manually the next day. Pooya cash deposit machines received cash from customers and deposited the cash into their target accounts in real time. It highly reduced the long queues of people who used to pay their installments to tellers. Cash deposit machines not only facilitated the payment of installments, but introduced a new approach in doing simple banking transactions by automated teller machines.

The cash deposit machine faced great feedback from the market and played a positive role in solving banking issues .This led our R&D experts focus more and more on this part of the business and in 2007, again for the first time in the country, Pooya designed and implemented a no-teller branch for Tejarat bank, Saba branch.

In 2009, Pooya established its high-tech manufacturing plant in the Caspian industrial zone of the Qazvin province and started producing the first Iranian cash deposit machine. It was based on the prototyped cash-in machine designed and made by Pooya R&D team. Pooya was recognized by Iran’s Ministry of Industry, Mine and Trade as the sole local manufacturer of cash deposit machines. 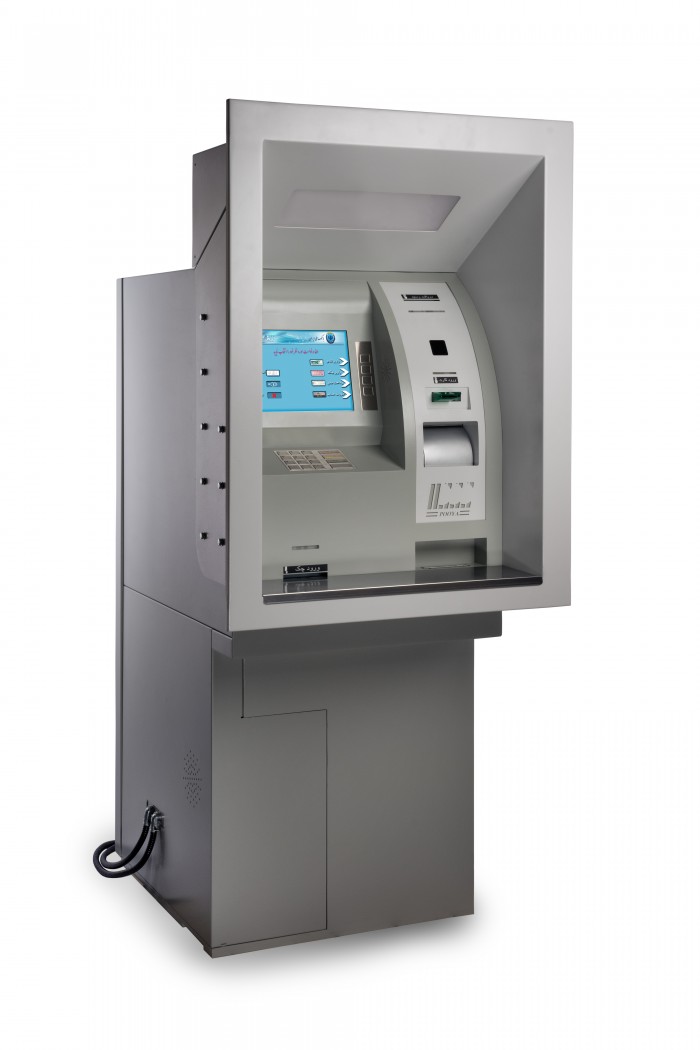 Pooya International Banking System has always attracted Iranian banks. Due to its smart design and comprehensiveness, the system has the capability of being adapted for different banks with some modifications. To meet the clients’ new requirements, it favorably has been updated and has survived through these years. The Pooya support team has also expanded correspondingly.

Keeping in-line with technology development and deploying innovative technologies in offering products and services accordingly, has always been our goal, in order to meet the clients’ ongoing needs. In this respect, we designed and developed Pooya Accounts Management System for bank Maskan in the Web environment, using the state-of-the-art Service Oriented Architecture and the J2EE infrastructure. The system manages all types of deposit accounts of the bank. In 2014, after three years of starting up the system, one out of every seven Iranians was using this system.

As stated above Pooya has lived its life as a commercial company. However, being a family of thirty years, it has its own story to tell. Pooya came into existence when a few young, enthusiastic, and energetic friends came together to contribute to their country development. Until this day, young professionals with same characteristics have joined and made Pooya a bigger family of about 200 team members. Throughout these years, precious team members have joined us and some have parted. But each have left a memorable trace behind.